The plan was to down to the Nidelva (Nid River) to see the Gamle Bybru (Old Town Bridge) on the first full day in Trondheim, and then explore from there.

First up, food. As I’d mentioned, the hotel used to be a bakery. The breakfast area had left some of the original decor intact, including the faces of the ovens. 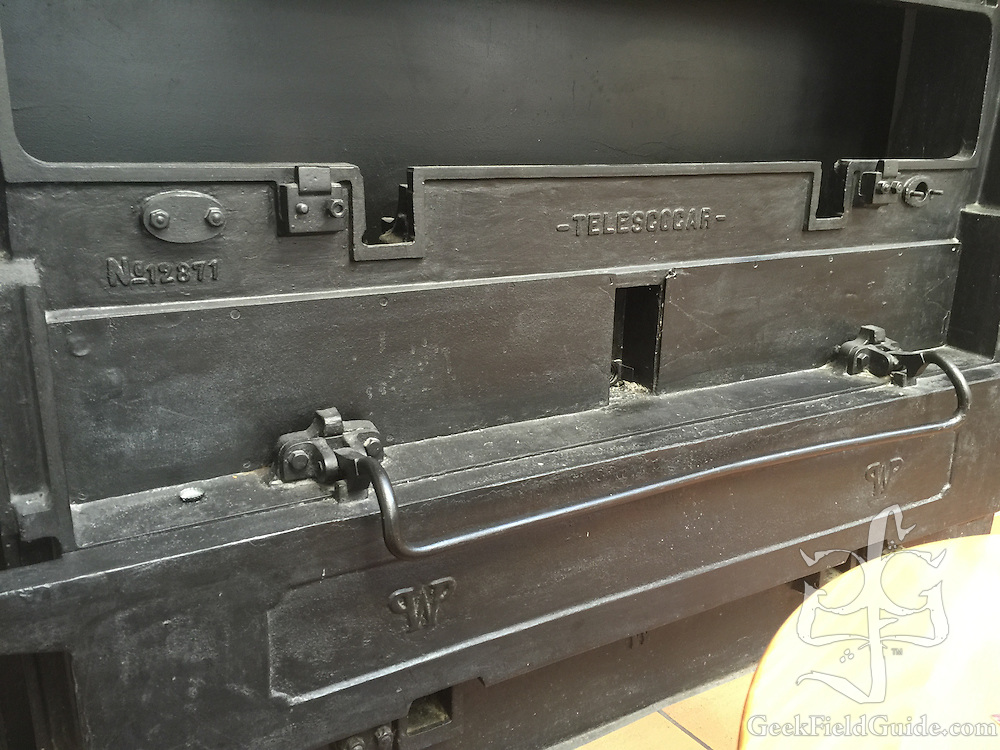 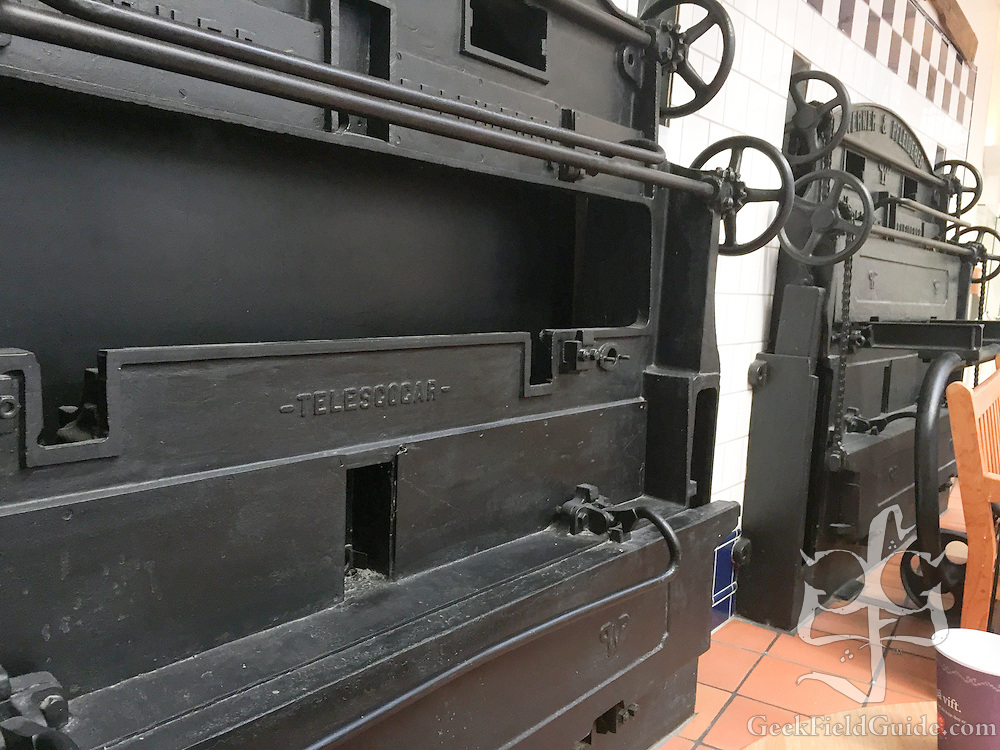 These ovens were supposed to be ideal for baking “Vienna bread”. From The Bakers’ Guide: And Practical Assistant To The Art Of Bread Making In All Its Branches (1899)

The view looking up wasn’t too bad either. 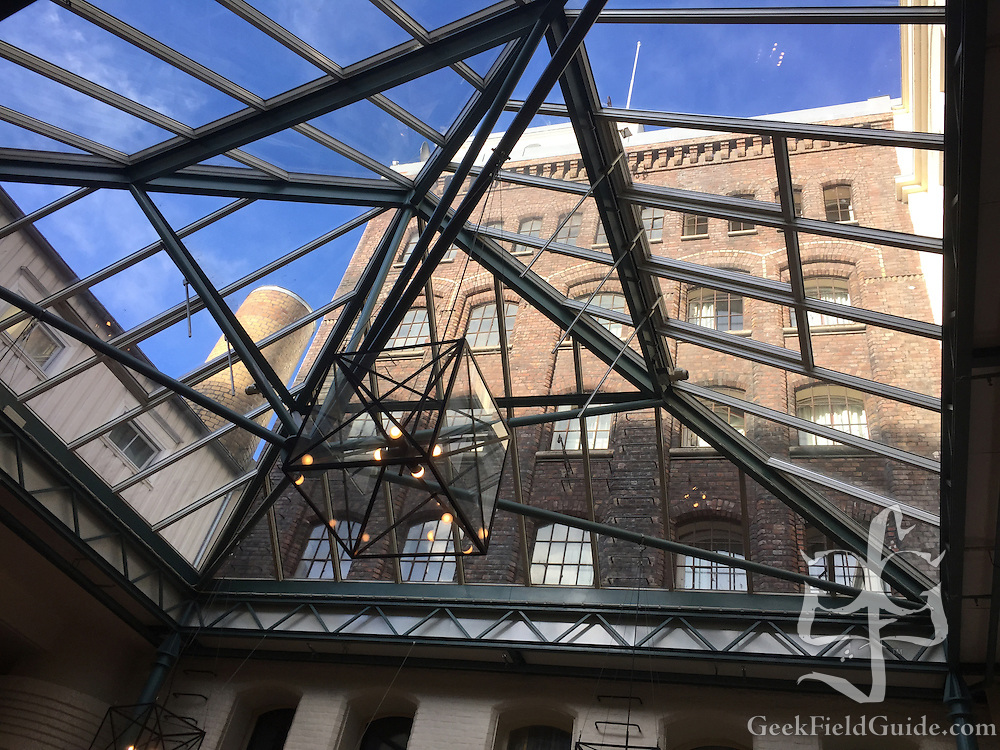 The chimney had been left intact, as well as the iron ladder rungs leading up the side of the building. 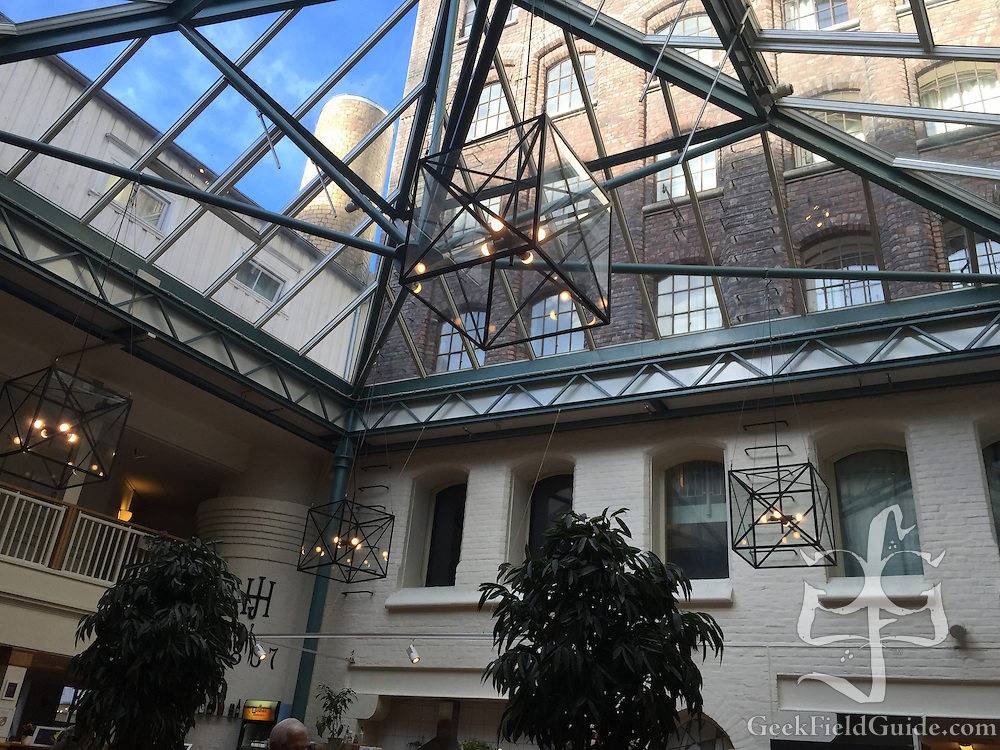 Which suddenly made the large, circular column in the room much more logical. It was the smokestack for the oven, which you can barely see through the tree was built in 1897.

Unfortunately, I was too distracted by the architecture to take photos of the buffet here, but it was pretty similar to yesterday’s meal… so no complaints there. 🙂

So, when you’re in the U.S., you hear comments about how small European cars can be. You think of the Mini Cooper being pretty small. (And the Smart Car, which you see a lot less.)

This was the sight that greeted me when stepping out the door of the hotel. 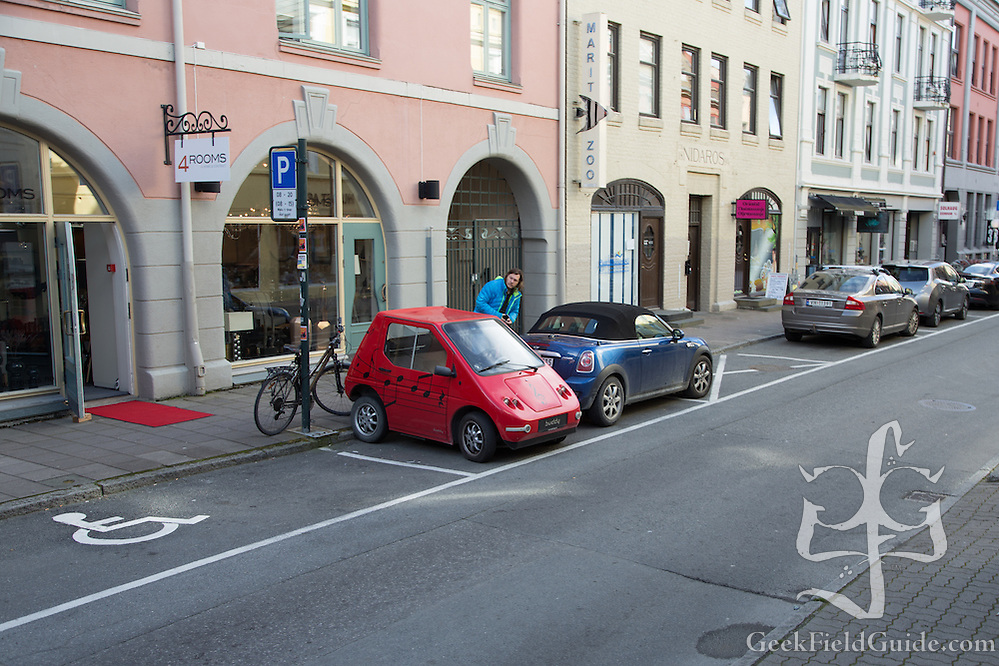