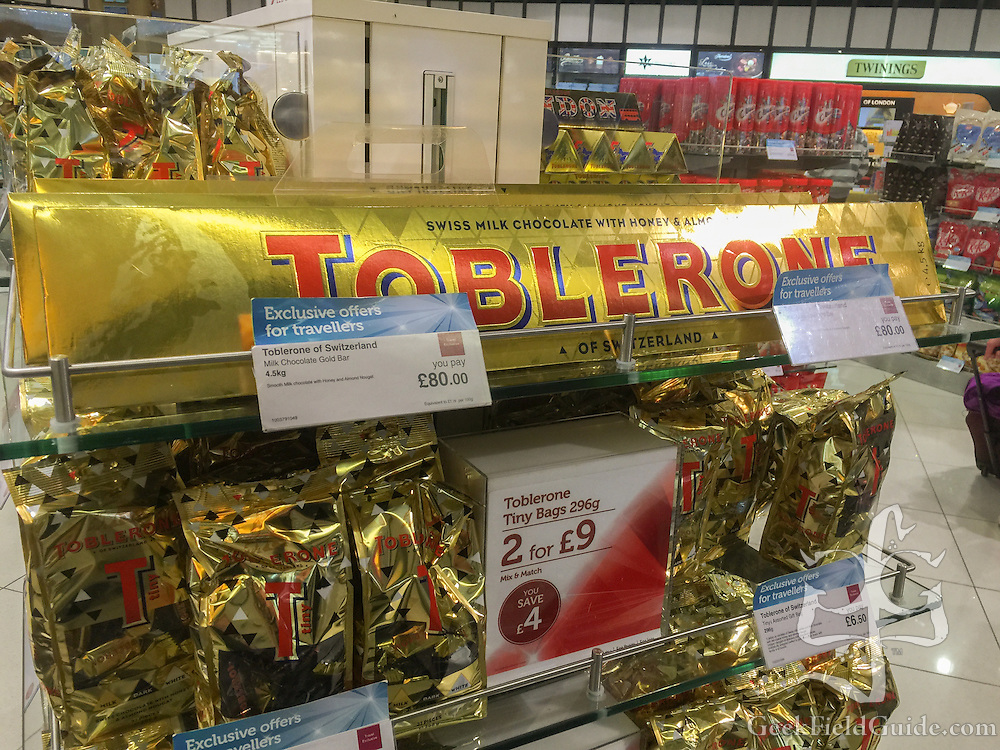 Yes, that really is a giant toblerone weighing 4.5kg and costing 80 pounds, which comes out to about $122 U.S. Dollars.