Leaving Oslo for Trondheim did not mean leaving the rain behind, unfortunately. The train windows were constantly streaked with water, which may not hinder viewing too badly, it certainly restricts photography. 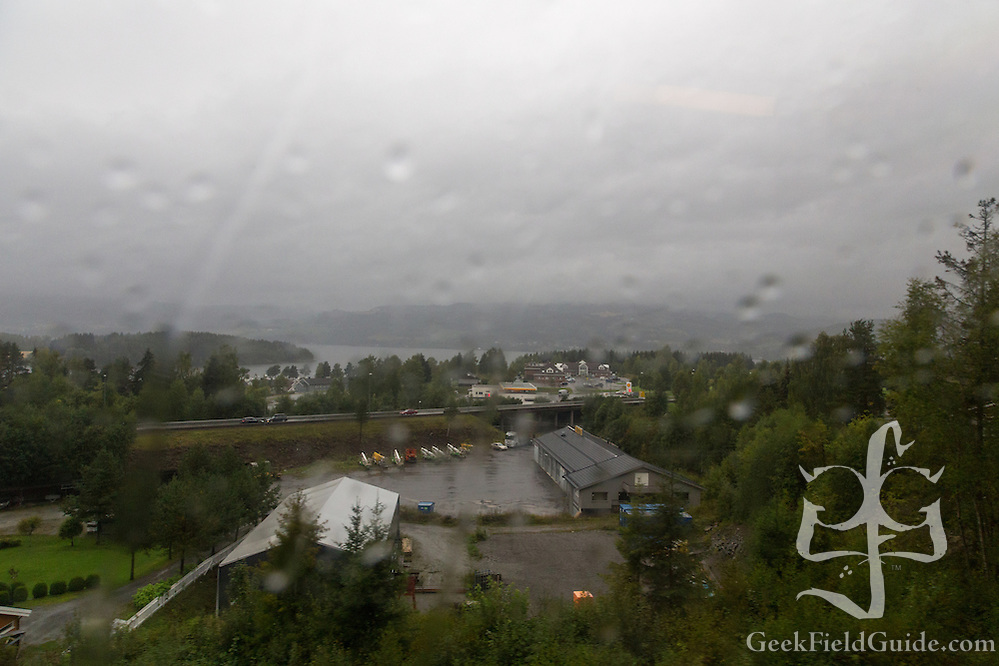 While train travel in Europe is absolutely wonderful in many ways, the one big issue is that you can’t just stop and take a photo when you see something, and it’s also very easy to miss the shots you do have because you have seconds (or less) to frame, focus, and shoot. 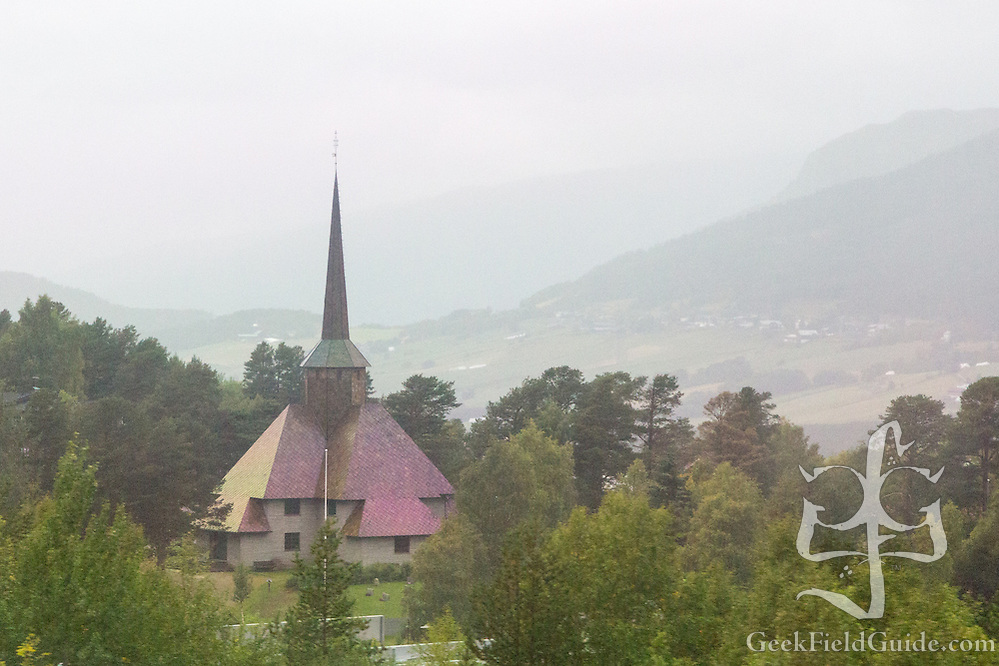 Much of Norwegian suburbia looks like a well-kept neighborhood in the U.S., with a few notable exceptions, which I’ll get to in a later post. 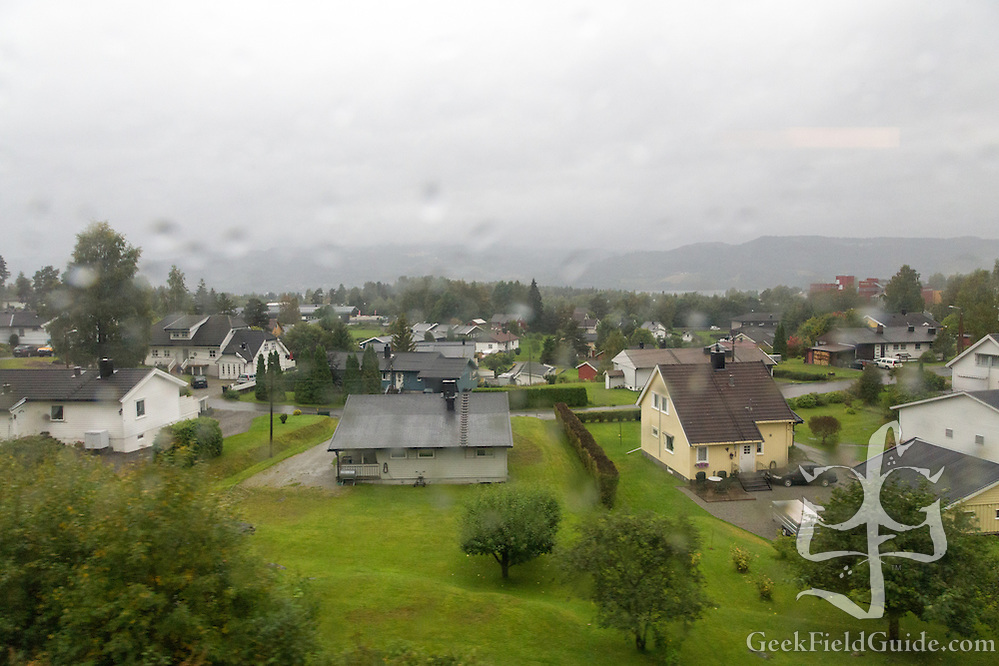 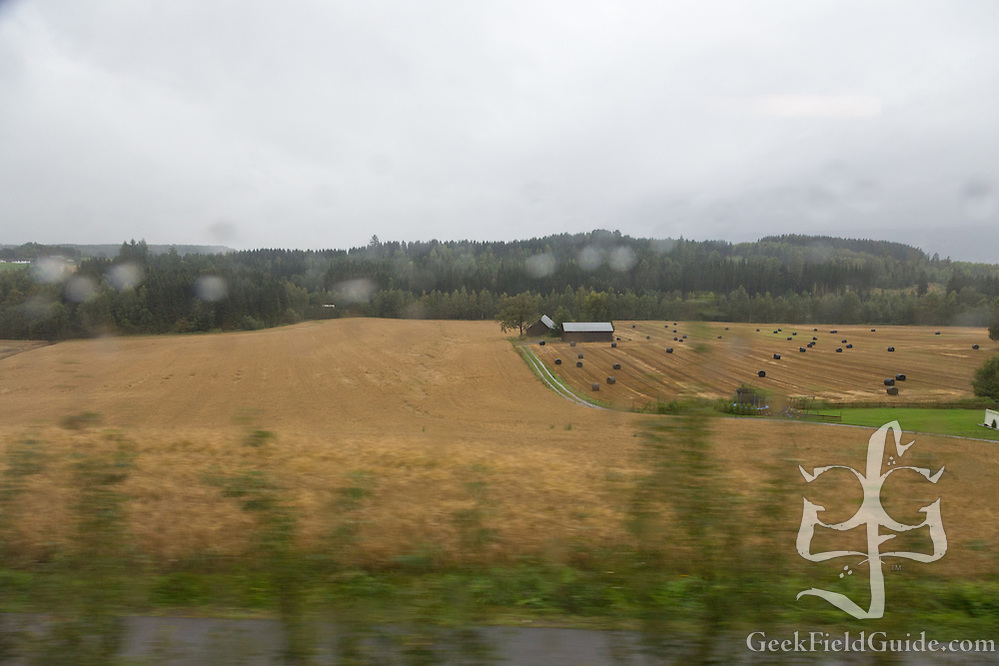 I’m not sure how it works in northern parts of the U.S. these days (it’s been a number of years since I lived in Ohio), but one of the things you saw everywhere were weather-sealed bales in white plastic. It looked like pieces of the Stay-Puft Marshmallow Man had been left laying around the countryside. 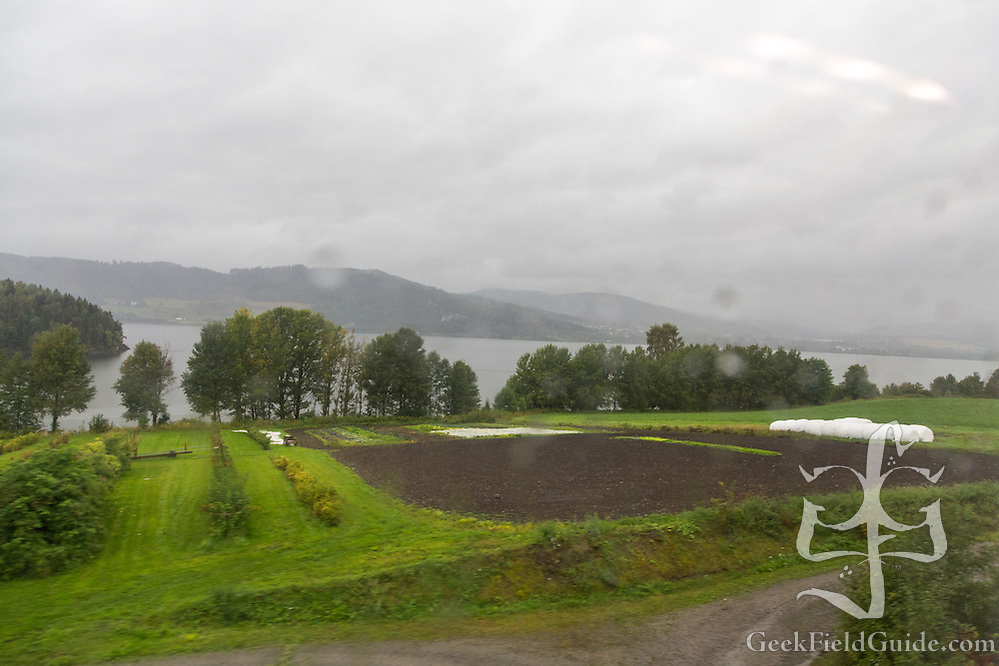 That being said, the ride to Trondheim was quite nice, and the views bordering on fantastical at times. 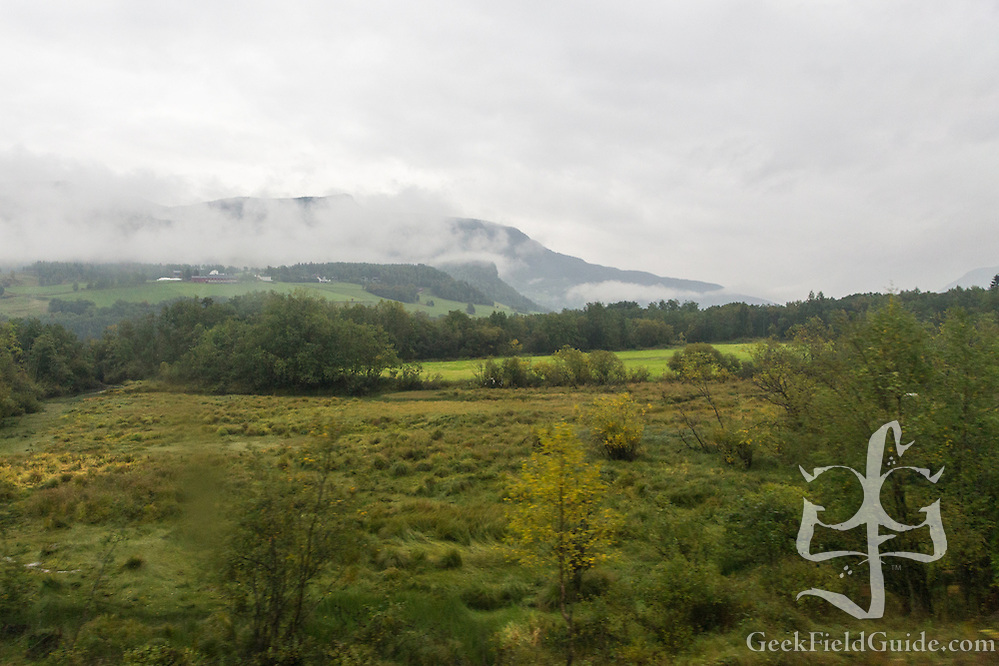 About halfway to Trondheim, we could have headed west, and gone to the filming of Empire Strikes Back, but that wasn’t part of the plan for this trip. Even so, in the middle of September, there was plenty of evidence of colder weather at higher altitudes. 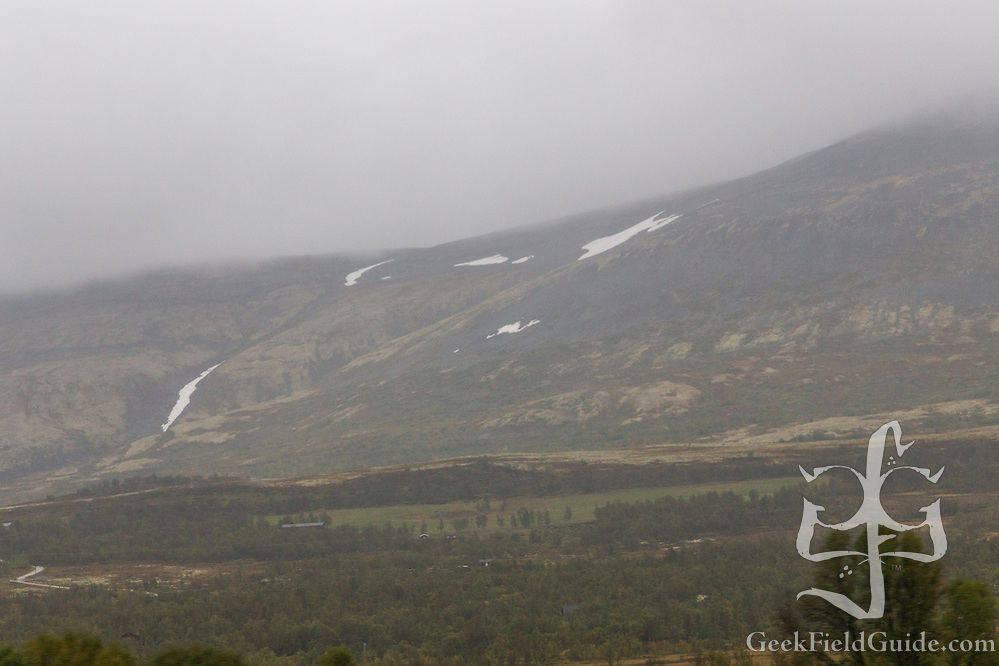 The scale could definitely throw you off at times as well. The mountain ridge in the distance doesn’t seem that large, until you see a small town for scale in the foreground. 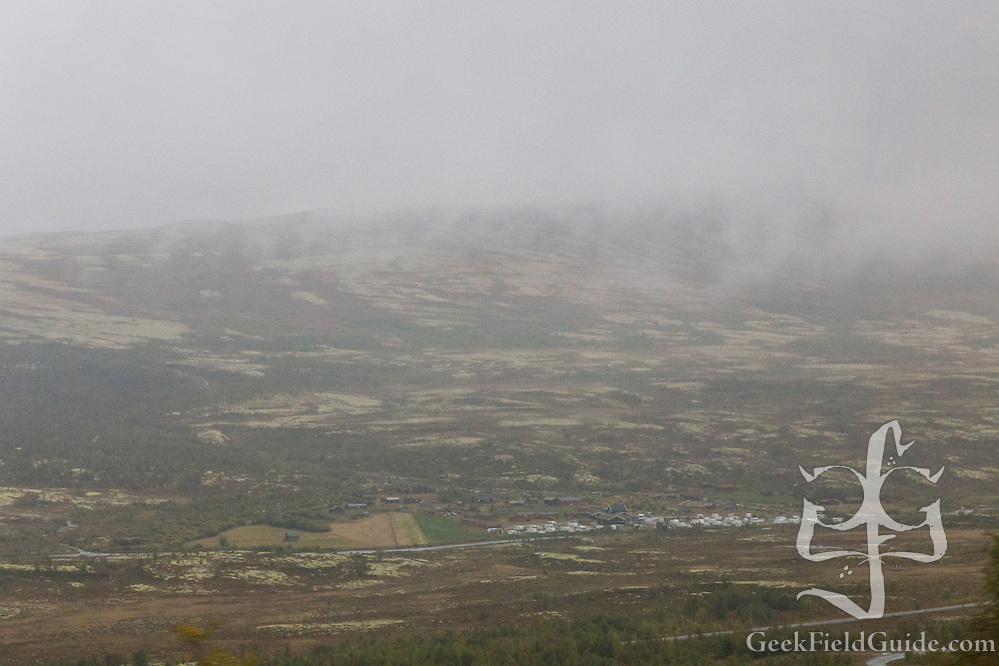 Also? Norwegian rural train station design is frequently a joy to look at. 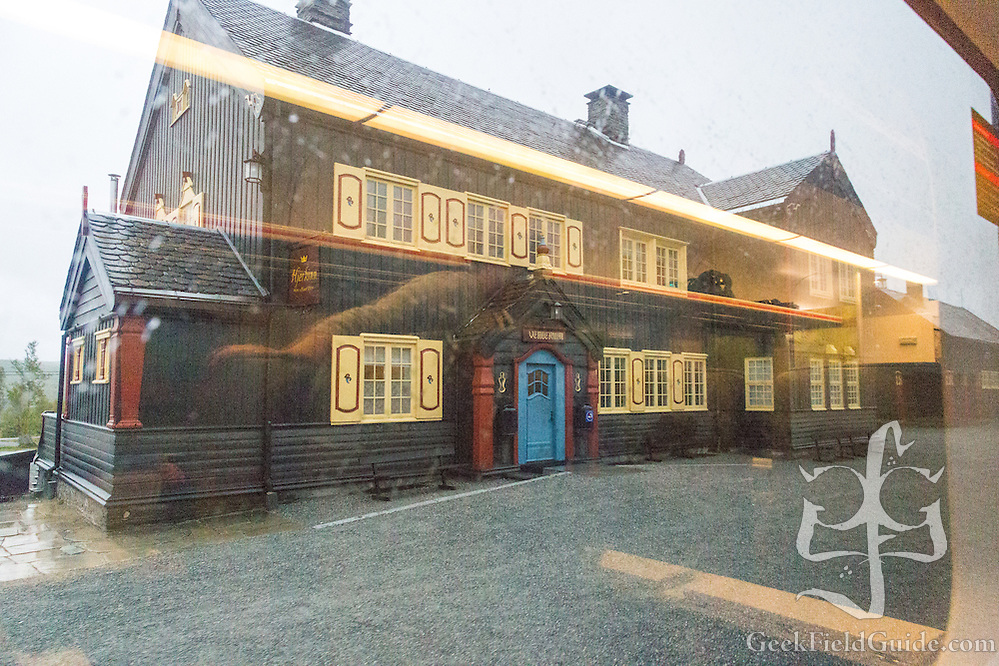 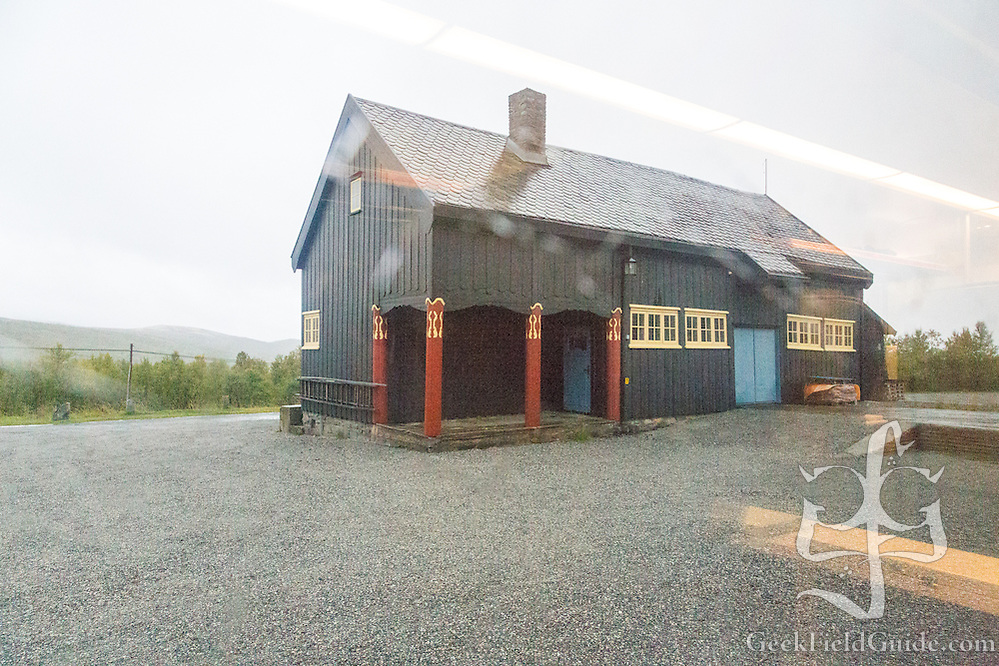 Next time? Definitely taking the drive. The rock faces were often cut with waterfalls, but you only saw them for an instant as the train whipped past. 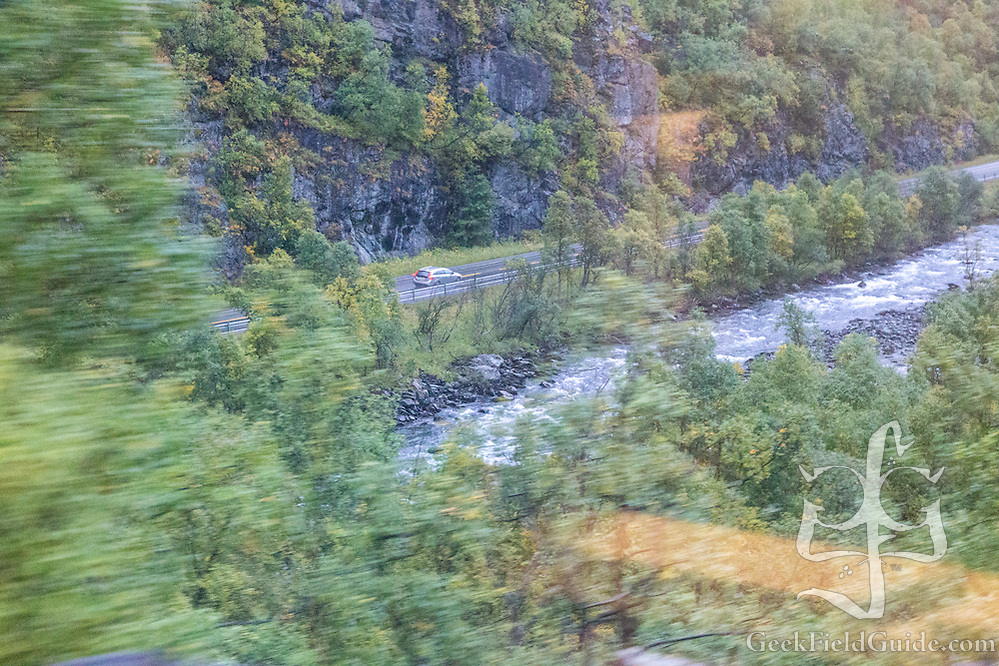