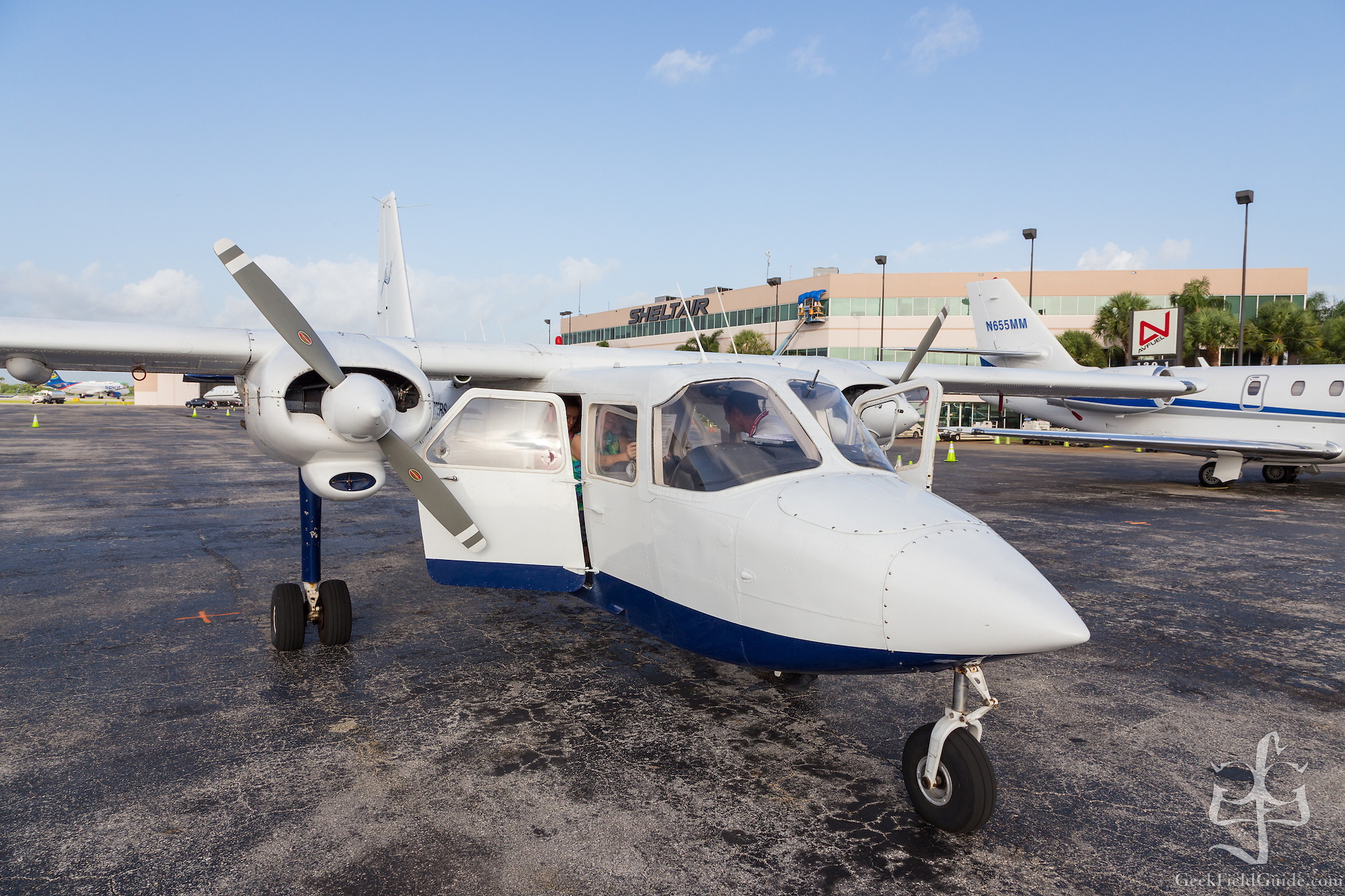 What I wasn’t expecting was to be seated here: 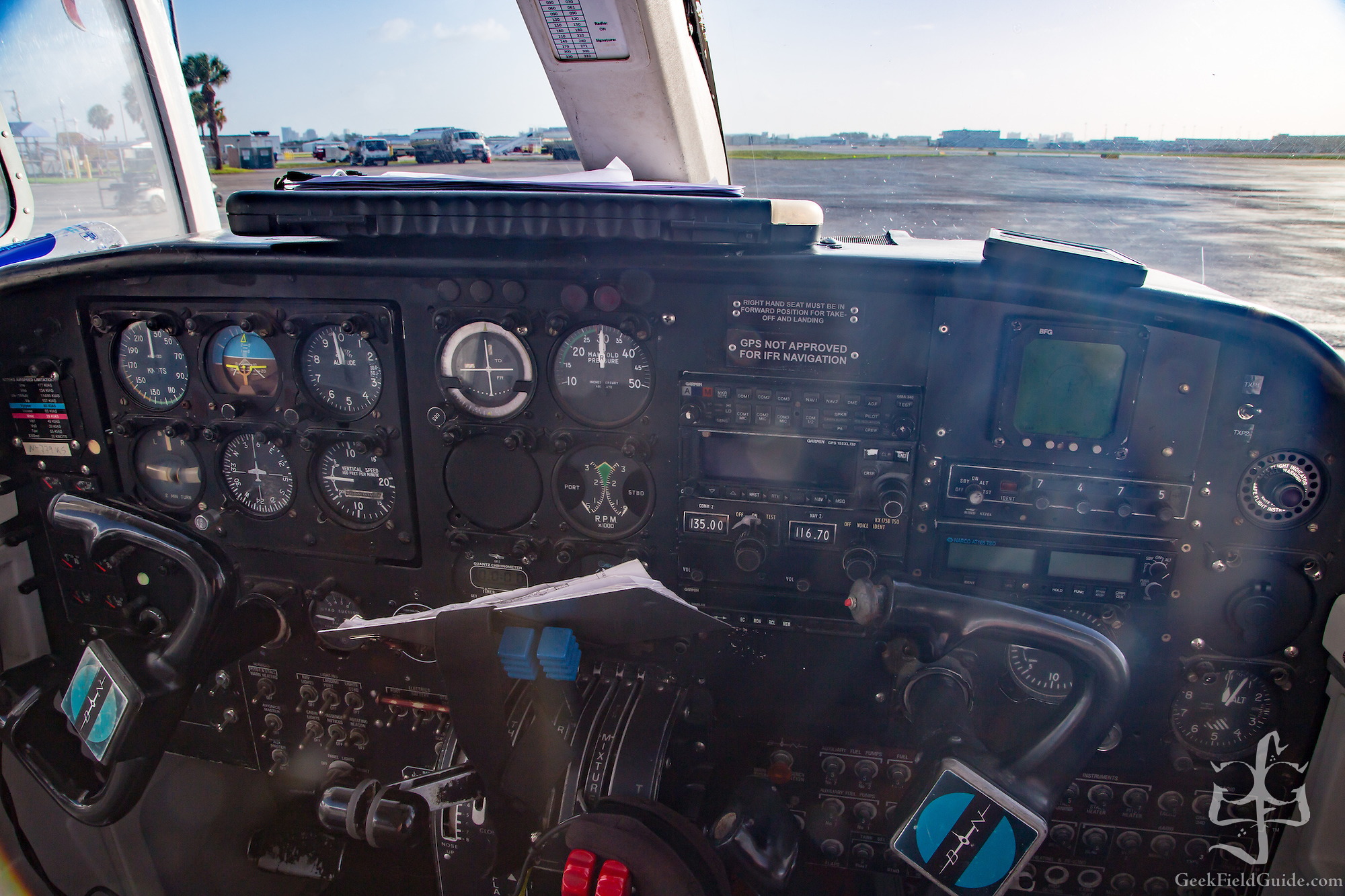 A bit more background: I grew up with computer flight sims. Chuck Yeager’s Advanced Flight Trainer was one of my favorites. It didn’t have the detail of some of the more realistic sims, but it was good for learning the principles. As I got older, I learned a lot more about the workings of real aircraft, and even got to take a turn flying a commercial flight simulator at Flight Safety International years ago during a tour. (I landed without crashing. The instructor was surprised.)

So, contrary to what some asked, it wasn’t scary or intimidating, but more the opposite. It was probably the most relaxed I’ve ever been on a plane, because I could see where we were going and understood everything the pilot did, and every gauge, dial, and switch on the (very basic, by modern standards) control panel. (Also note, in some ways, these are actually more complicated to fly than the private jets, as they require a lot more tweaking over the course of the flight. Wind is a lot bigger factor, and the trim needs to be adjusted to stay in a straight line, etc.)

And yeah, it gave me a pretty good view. 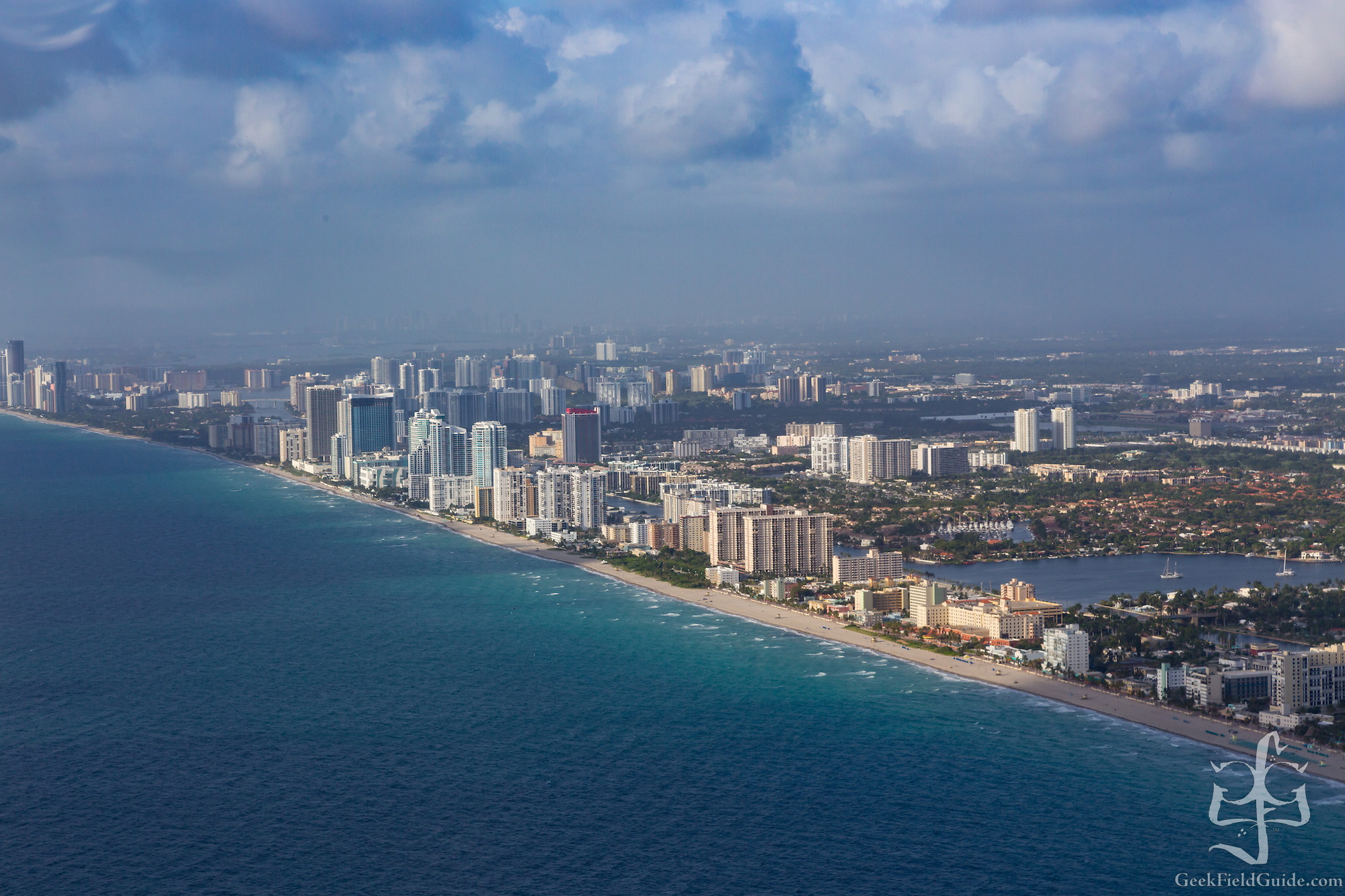 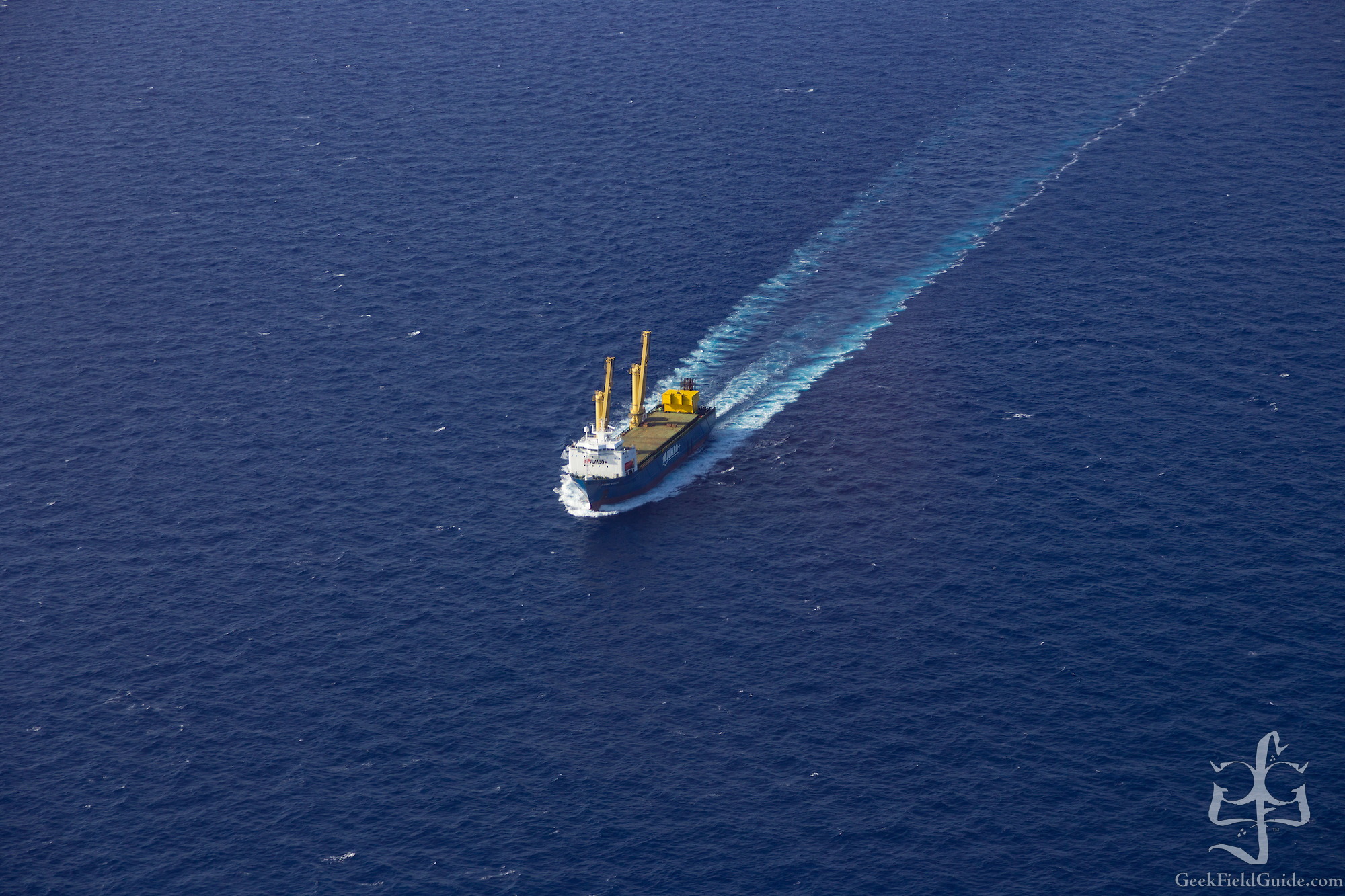 The southern island primarily has the airport, and not much else. The northern island is where the majority of the people live, work, and shop. The two are connected by water taxis. 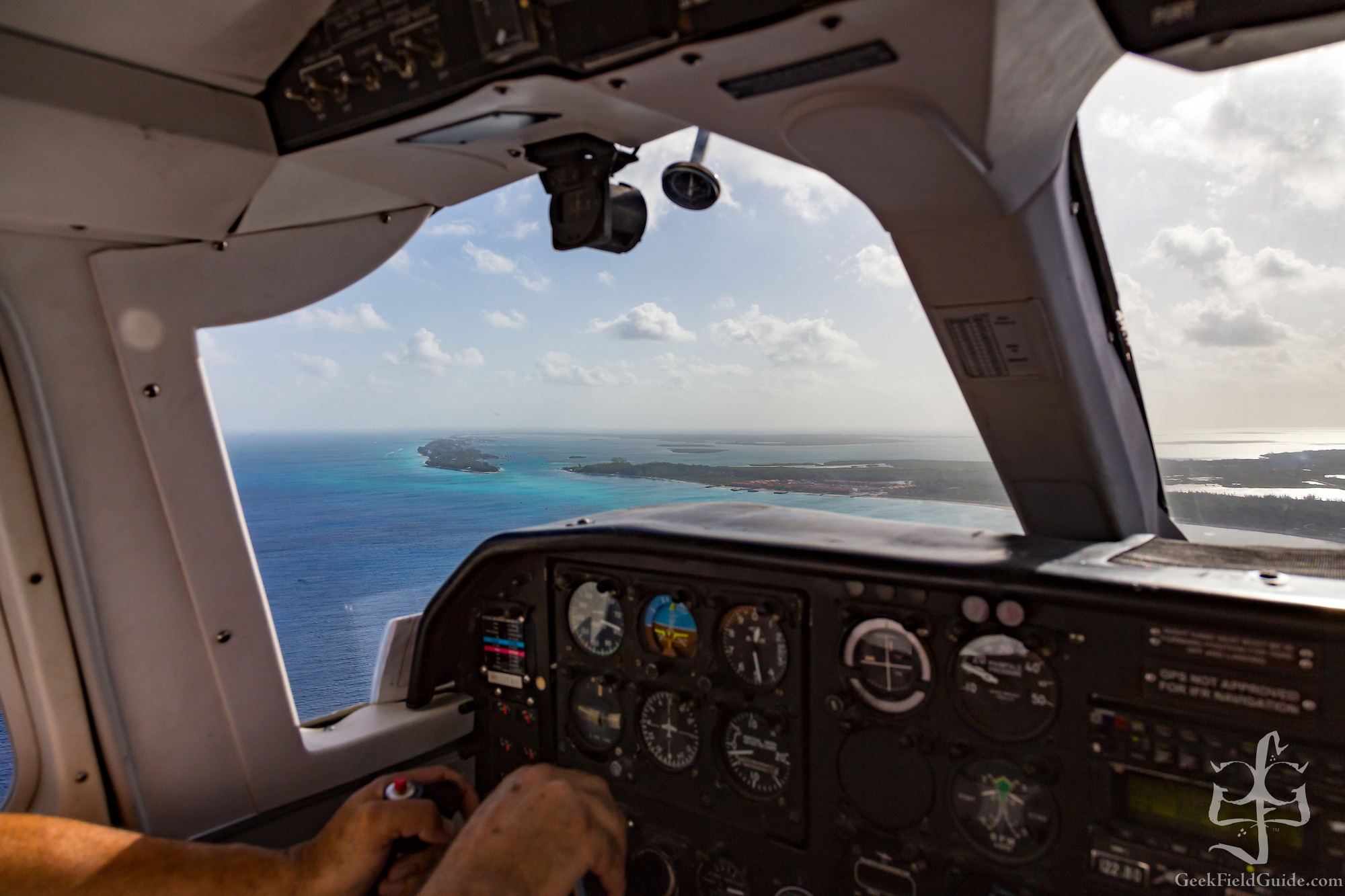 Bimini. South Bimini is in the right-foreground, North Bimini is on the left,separated by that small stretch of water. (Warren Schultz)Buy this photo 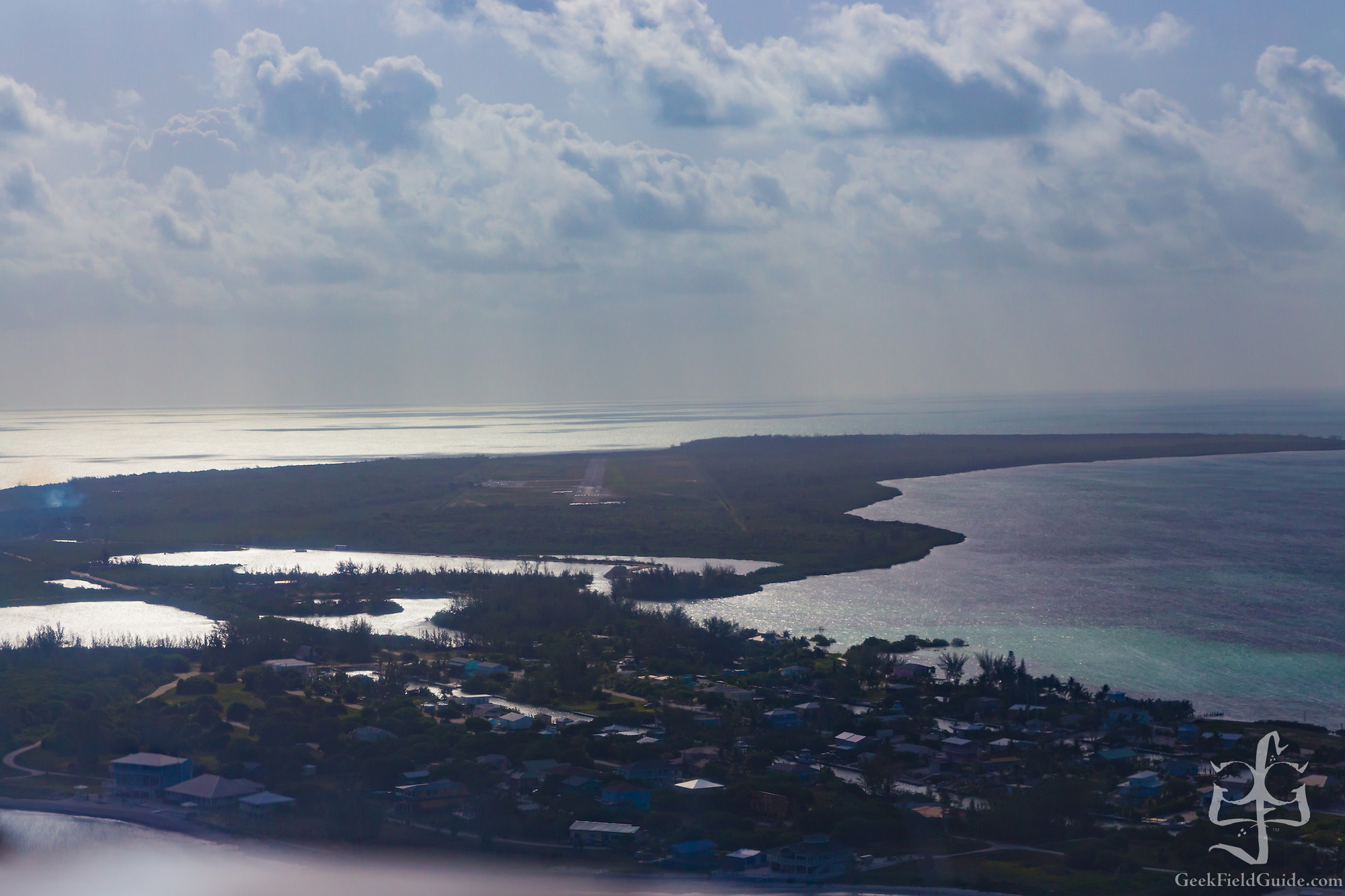 Bimini airport, on the south island. (Warren Schultz)Buy this photo

Our arrival was without incident, and customs was very straightforward.

Wildquest, the tour operator,  arranged for a water taxi to take us straight to their facility, which removed the step of having to take a taxi from the opposite dock to WildQuest.

This is what the pier looked like where we waited for our lift. 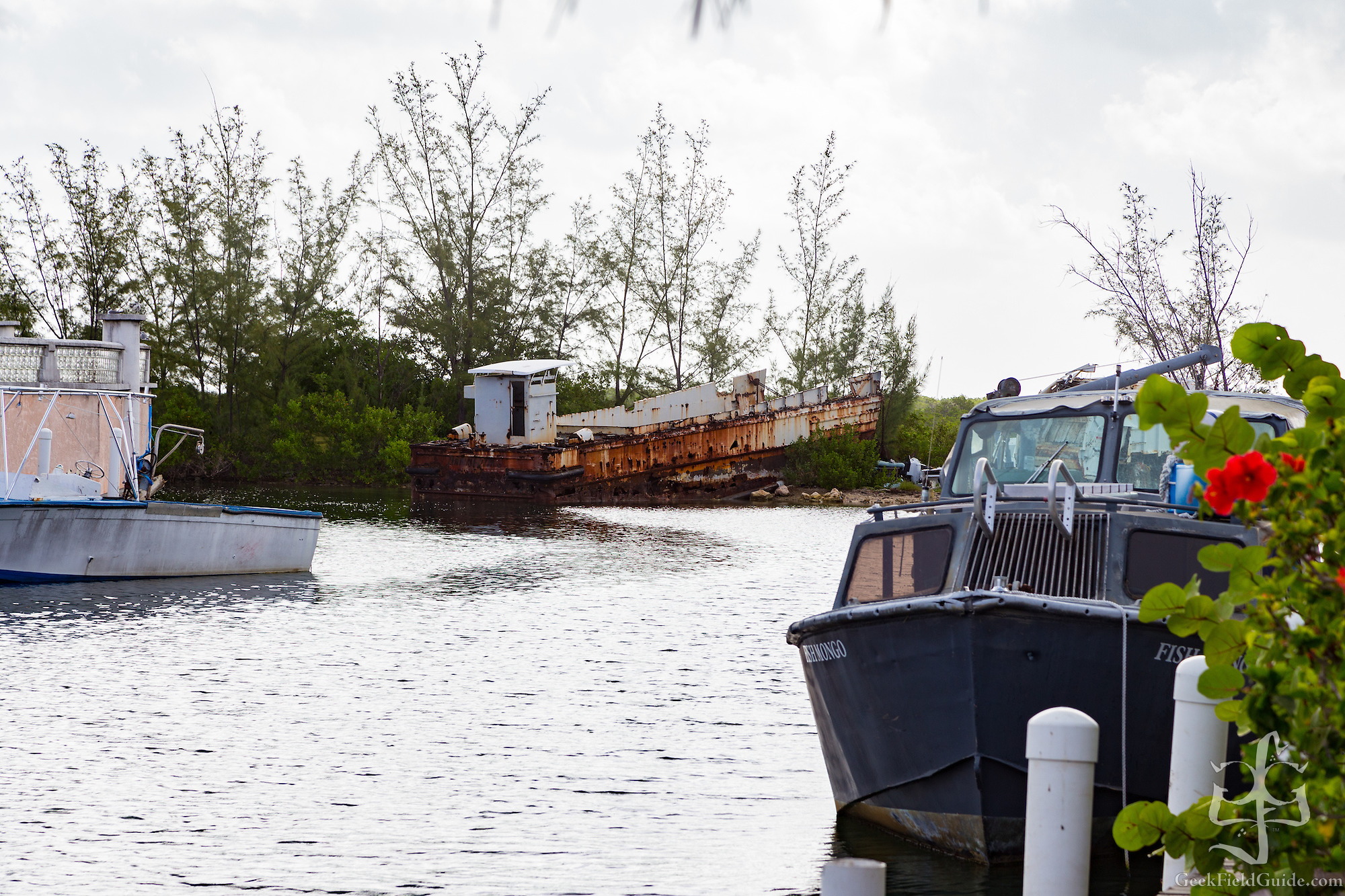 Yes, that’s a WWII-style landing craft. They’re scattered all over the islands in various states of repair.

On the next page, snorkeling!