After dark, the train finally arrived in Trondheim, and it was time to get some food before going out to see the sights the next day.

Most places had just closed up for the evening, but Egon – Søndre was running in late-evening mode (order at the bar, wait your own table), and they had a good-sized menu, so it seemed a reasonable choice.

And I liked how their upstairs bar looked. 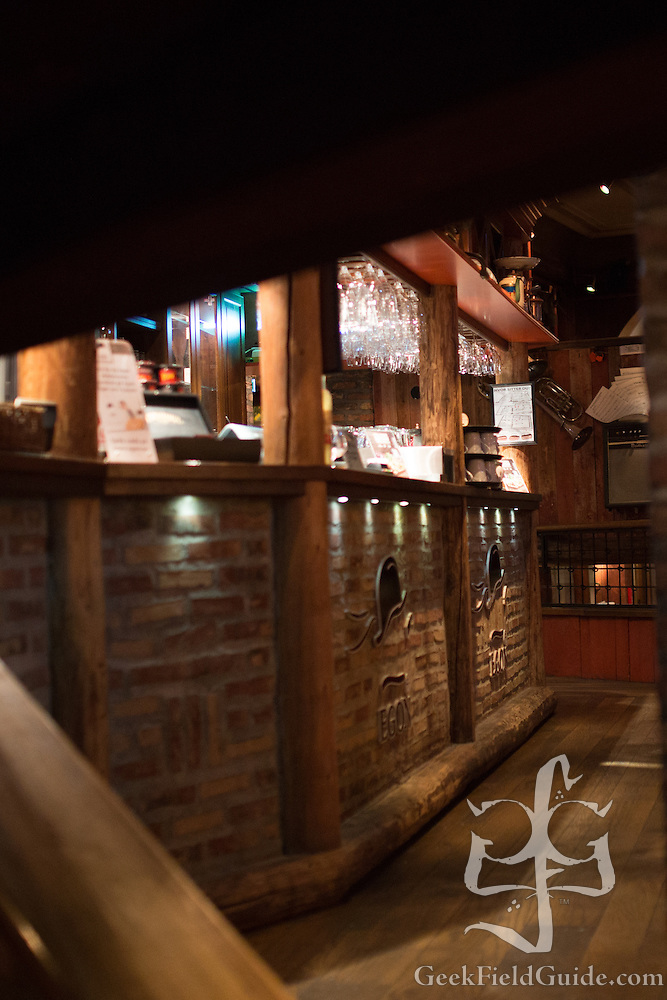 So, a couple notes: If you’re thinking of going to Norway, it is expensive. It is a wealthy country, due to their offshore oil fields. I felt it was well worth the experience, and look forward to going back, but just be forewarned when you see your first menu. 🙂

Second note: As you might expect, the non-American view of what American food is generally feels like the restaurant heard someone talk about American food once, and decided to roll with it. (I know that people all around the world feel that way when eating their native food elsewhere, so this isn’t exactly news.) What makes it more exciting is that impressions of how much Americans eat is also at play here. 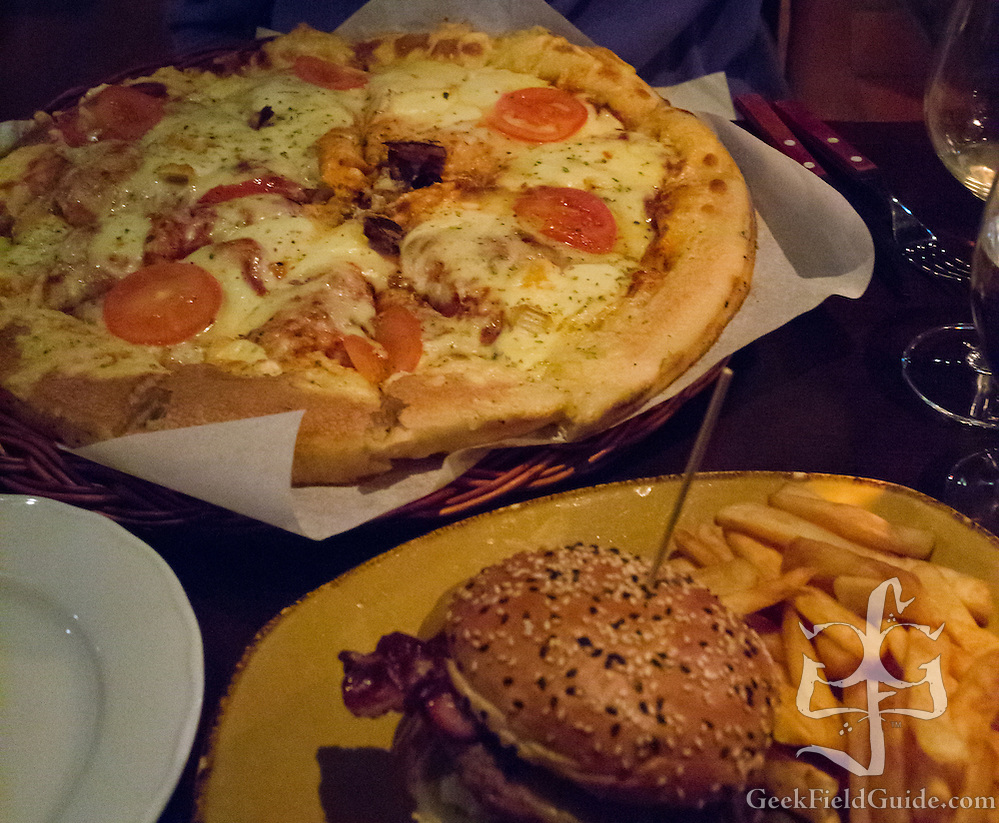 Yes, that pizza is supposed to be a single-person meal. And the burger in the foreground? It is also a large burger.

Back to the hotel… speaking of food. The hotel is a converted bakery, Hotel Bakeriet. I’ll post a couple photos tomorrow, but here’s an example of the architecture inside. 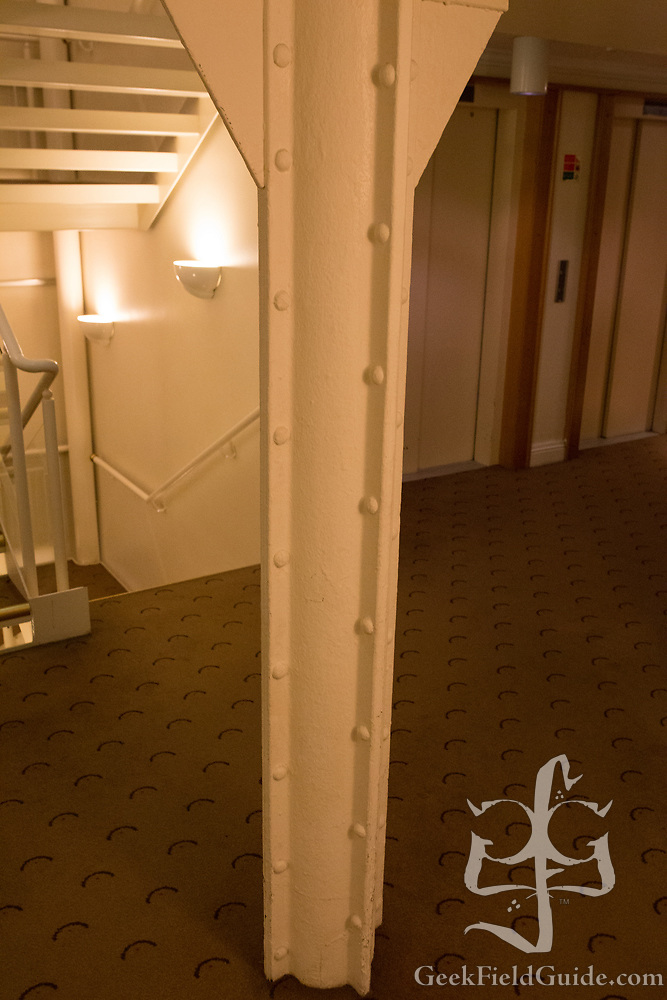 Sounds? Well, that was a different matter.

It was warm enough to open the skylight windows for a bit, and there was this bizarre buzzing sound. Looking out the windows, I couldn’t see a thing, so I shot a long exposure of the opposite roof to see what was up. 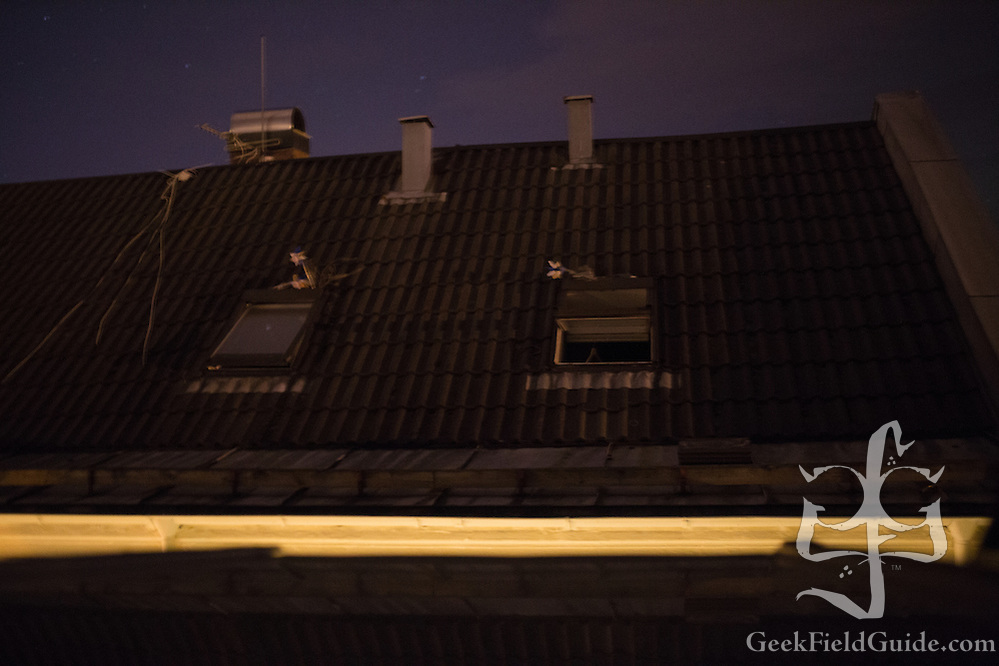 Pinwheels. Whoever lived in the next building over had pinwheels on their roof. And they were rubbing against something, so every time there was a gust of wind, you got this unearthly sound. Not great for sleeping until you got used to it.

As for sleeping, I’d really hoped to catch the Aurora Borealis, but the weather and solar winds were not cooperating. The only thing I got were a few blurry shots from long exposures through the skylights. Nothing was visible to the naked eye. 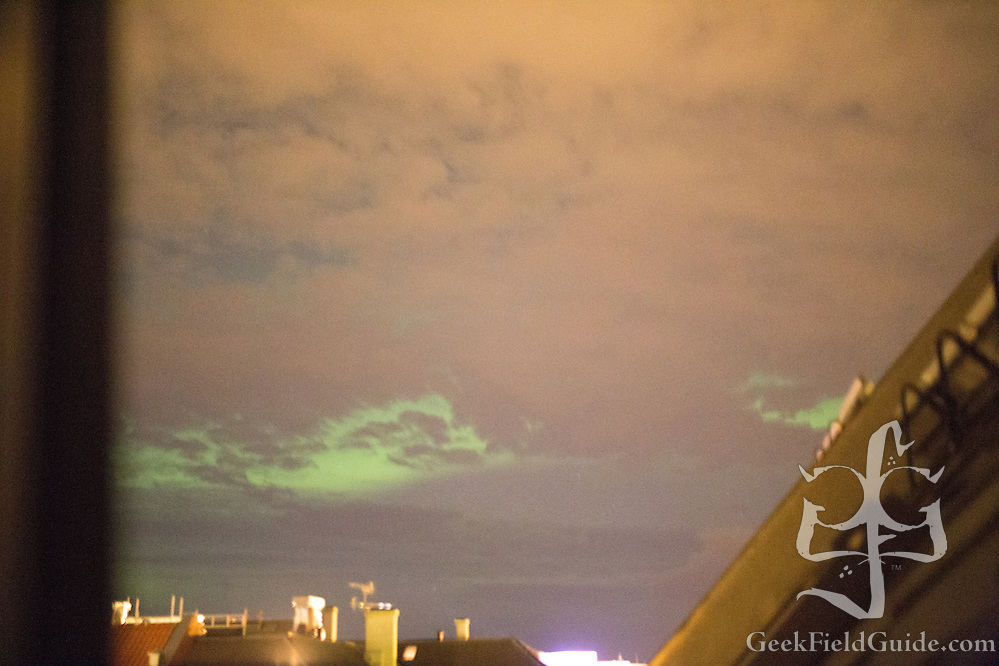 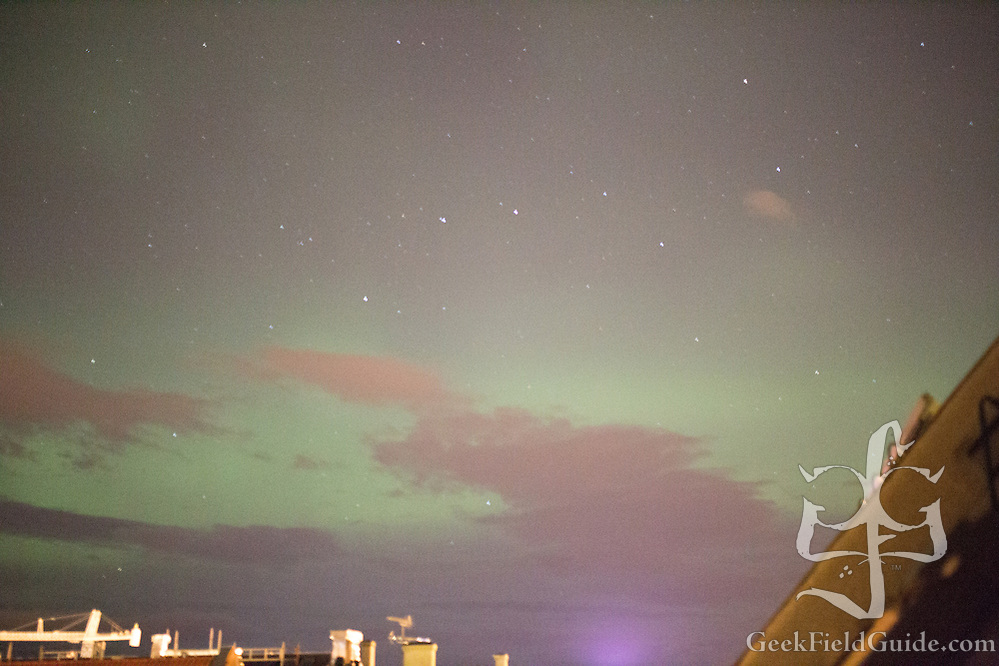 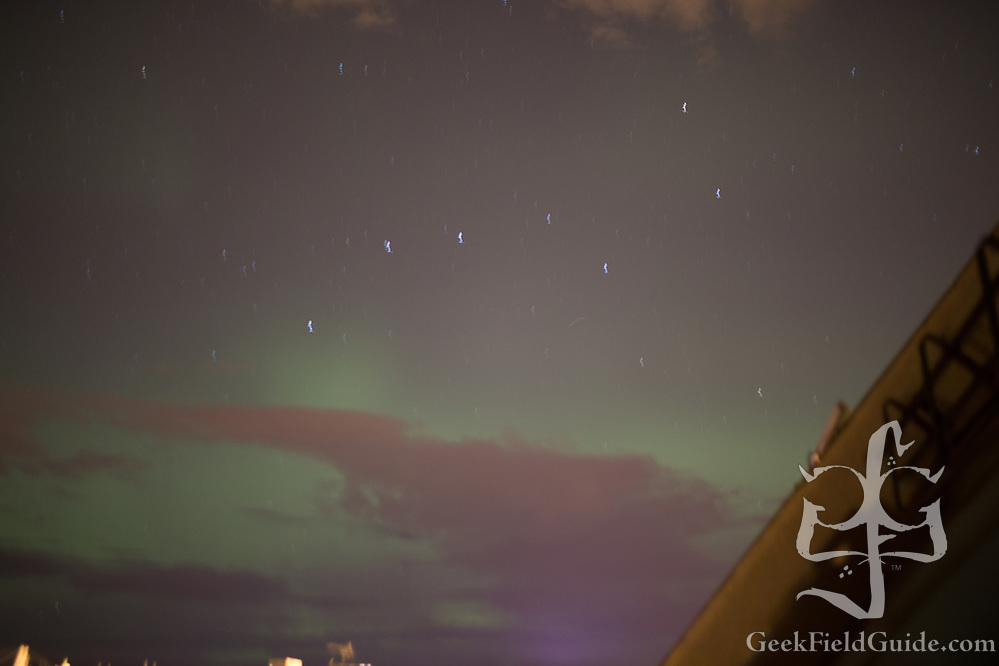 Yeah, I bumped the camera on the last one. Well done, camera guy.

Now, sleep. Body is still confused as to what time of day it is.