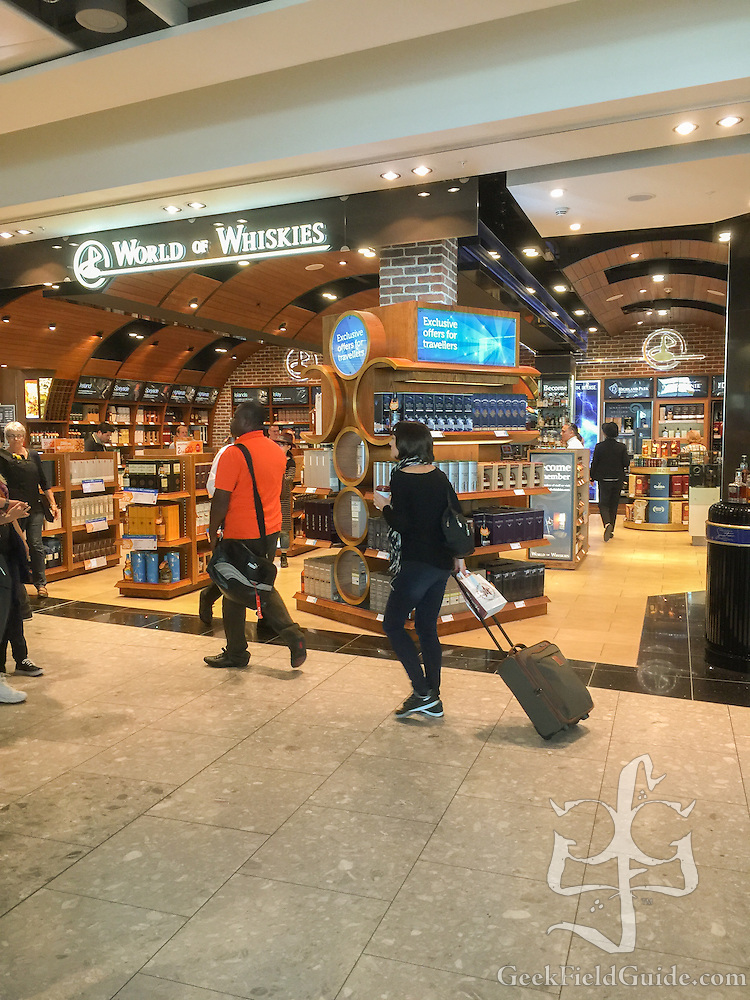 Were I not going TO Europe instead of coming back, some friends would have gotten some nice gifts from here. (Sorry folks, next time!)

They succeeded in not announcing our gate until AFTER we were supposed to have boarded, but since the flight was delayed, it wasn’t a huge issue. The main concern was that the three terminals took some time to get between, and if it was in either of the others, it could get interesting. But we lucked out, and there was no travel drama. We got some food eaten and loaded onto our next flight. Onward to Oslo.

This was a much shorter flight. We arrived in Oslo, Norway in the afternoon, ready to fall over. I napped some on the flight, but it wasn’t a good sleep, and my mental capacity was evidence of this.

One of the standards for years for business travelers to Europe is to get a SIM card for your phone in order to stay in touch with the rest of the world, particularly data access these days. First attempt at this was at the airport. The vendor’s computer was down, and he was unable to issue any SIMs. Problem for tomorrow.

Getting from the airport to the city via train is very simple. There is a express train to the city called Flytoget (flee-toh-get is a rough pronunciation), which will deposit you at the central Oslo train station, which can get you to just about anywhere else you need to go. Our destination was the National Theater station (Nationaltheatret), only a couple stops away. Walkable, but given energy levels and luggage, not my first choice. Besides, figuring out the train system before the following day was on the list of things to do anyway.

The train system is quite simple. Navigate a computer kiosk in your native language, pick your stop, insert payment, get ticket, and go.

A short ride later, and we were walking out into the middle of Oslo’s downtown, and a short distance from our hotel, Scandic Victoria. (There are a LOT of Scandic hotels in the chain, there are some places where you can see more than one without turning your head.)

At long last, we were able to deposit our luggage and fall over for a few minutes before it was time to head out and see the city.